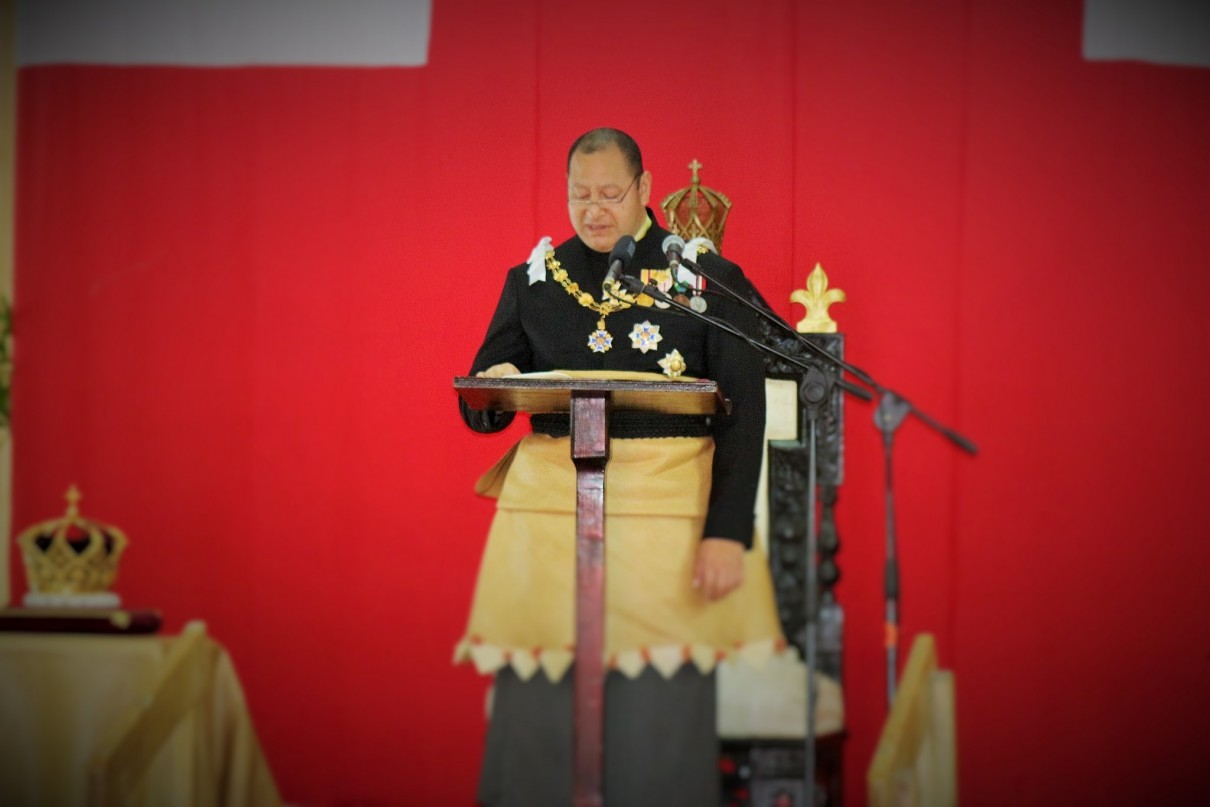 HIS Majesty King Tupou VI this morning officially opens the Legislative Assembly of Tonga parliamentary session for 2015-2018 in Nuku’alofa.

In his address from the throne, His Majesty first and foremost acknowledges God’s presence in their midst.

He also acknowledges that Parliament looks forward to many important tasks ahead for this year including the discussion on the national budget.

King Tupou VI also notes that Government has other strategic plans to implement such as establishing good governance mechanism for Tonga and improving the country’s standard of living.

He also recognizes the need for MPs to address issues relating to the public’s health, education and to improving information technology.

His Majesty also recognizes the importance for Tonga’s preparedness for any natural disasters and the impact of climate change. However, he also asserts the need for Tonga to pursue its renewable energy ambitions.

And since Tonga is hosting the 2019 Pacific Games, his Majesty also highlights the need for infrastructural development to be undertaken as well as improving both the transportation and communication sectors.

King Tupou VI also calls on Government for its continued support to boost the three most important sectors that matters to the public – fishery, agricultural and the tourism sector.

He also acknowledges the continuing support provided by the Australian and New Zealand Government, the People Republic of China and the Government of Japan and also the donor support from the European Union (EU) and the World Bank.

His Majesty was also in sincere appreciation of the Government and the nation for all efforts put forward for the upcoming King and Queen’s Coronation in July.

He concludes his address by wishing all MPs the best of luck for this year’s parliamentary sitting.

The official opening of Tonga’s Parliament is always a festive time when school’s march along the streets of Nuku’alofa in their brightly coloured uniforms. Parents can be seen supporting their kids either along side or on the sidewalks. School bands with their musical rhythms also add an extra touch. The streets are flooded with locals and tourists alike. This is a picture perfect moment to capture the spirit of the people as well as their warm friendly nature.